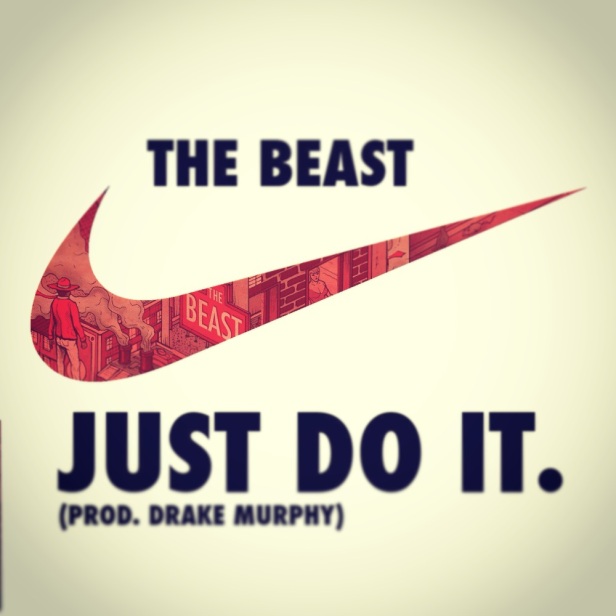 From The Beast’s P.R. Dept…

“In his classic album, Ready To Die, Biggie Smalls laid out the options for a young black man – “either you slinging crack rock or you got a wicked jump shot.” (Notorious BIG, “Things Done Changed”). “Just Do It” explores these stereotypes of a black man misunderstood, while blurring the lines between drug dealer and street baller; feen and fan; corporation and cartel. In both systems, young Black men hustle hard and make money – but for whose benefit and at what expense?

“Just Do It” is one of four stories by The Beast, which will be released on the upcoming EP titled “Stories” December 4th. The 4-track EP was produced entirely by Drake Murphy of Addor Music Group.”

Listen to “Just Do It” now on SoundCloud and you’ll be singing “Run game and get dividends, just do it!”