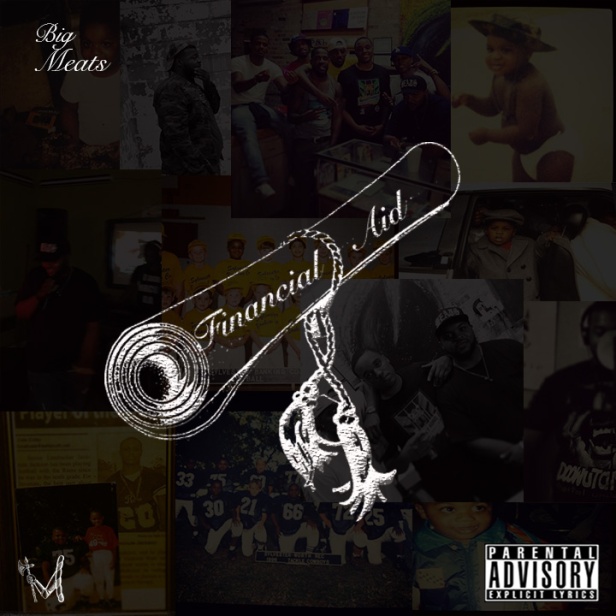 You know why? Because I fuckin’ suck.

I’m about to rap to some smooth shit… some HARD BODY shit,

You know what I mean?

I’m about to show you that this shit ain’t hard.”

And, so goes the rantin’ ass rapper (a la Kanye West style) at the beginning of this dope track and accompanying visual that I can’t wait to share with y’all. But first off, I have to say Big Meats, Sabir, and Allah’s Apprentice, I don’t know what I WAS expecting but y’all got me on this one. This is a refreshing track, with above par lyricism, and I liked the way you flipped the theme in the video. And by the way welcome to The Greener Side of Hip Hop!

“Big Meats provides the first set of visuals off his new album, “Financial Aid” (due out May 3rd). In “RAPPIN’, Big Meats enlists the help of Macon, Georgia’s Sabir and Allah’s Apprentice, as they tell their perspective on their role in what many believe to be an overcrowded industry.”

About the is artist…

Big Meats started rapping at the age of 13 freestyling at school with friends. In 2004 the most influential album of his life would be released entitled “The College Dropout.” This would be a deciding factor for Big Meats that hip-hop would become a big part of his life.

After high school Big Meats eventually made a name for himself freestyling for his friends while in college. It wasn’t until his senior year that Big Meats began to hit the mic and make his own music. Now with an EP and a few mixtapes under his belt, he is ready to take on the world with beautiful music.”