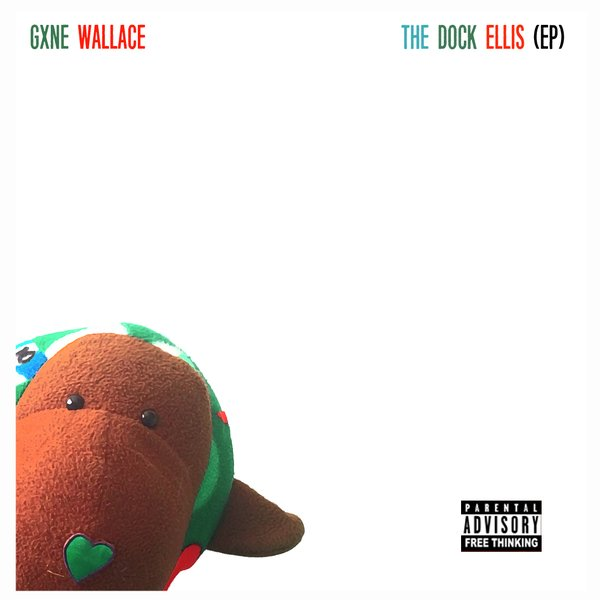 “I’ll never tell you to get down,
It’s all about coming up.”
– Gone Wallace, “Soul Rebel”

In December Gone Wallace released his latest project, “The Dock Ellis (EP)” which he says is inspired by a gift that he received from his mom. If Dock is the “gift” that is featured on the EP’s cover art work then he makes for an uncanny muse! As a sometime writer of poetry I want this – a similar muse inspired experience.
Now, moving on to the “The Dock Ellis (EP)”… Gone Wallace gives fans another ill experience on this 7 track project. The EP opens with the creative “II. Fandago: The Signature Move” where Gone Wallace
expertly displays his bravado in this cinematic themed track, complete with an acceptance speech at the end and a clever hook (I’m the man to WATCH/so check my timing) to boot. And of course in Oscar winning fashion he pursues and gets the girl. Two other stand out tracks on the project are the reggae themed tribute track “Soul Rebel (Senzu Beans) and the follow up to his fan favorite “Lisa Bonet” entitled “LISA2”. The track I really liked because it is sensually appealing on some Einstein level shit and he totally redefines the term geek is “4 Tha Geeks”. I don’t know how Gone Wallace does it, but on this track his lyrics takes the listener on a ride from the simple sexy sapiosexual to the sapiosexual packin’ some intellectual sexual gangsta heat. You really gotta listen for the “plot twist” on this track and you’ll never underestimate a geek again. Overall, this is another EP well done by Mr. Gone Wallace. Hey, “it’s all about coming up”. He came up and he conquered. Now, go ahead and enjoy the ride!