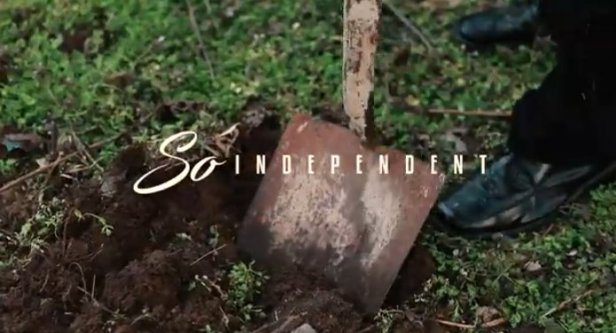 “Space Man represents the subconscious and the opportunity of individuals who consider themselves Angels who are willing to help individuals – which is Day’Quann in the video – to help them understand exactly where they come from, the lineage, and the royalty of blackness of the individual’s who sacrificed who were hung, were raped, and pillaged for him to be in that “space” in regards to education. So, I think the Space Man in short exemplifies the recognition and the opportunity to reflect on exactly where people come from so that they know where they are going.”

The Space Program Collective dropped their second visuals on Friday, which is more like a short film, from their album “Curriculum of The Mind”, entitled “Colored People Time/So Independent”. This double track features artists/emcees Mac Woods, Jacobi Ryan, Beety, and Deezy. The almost eight minute visuals begin, with Day’Quann and “Space Man” who are featured in the first visuals from the album’s title track “Curriculum of The Mind”, traveling in a spaceship to an “unknown dimension”. But, we’ll get back to that in a moment. Let’s recap. 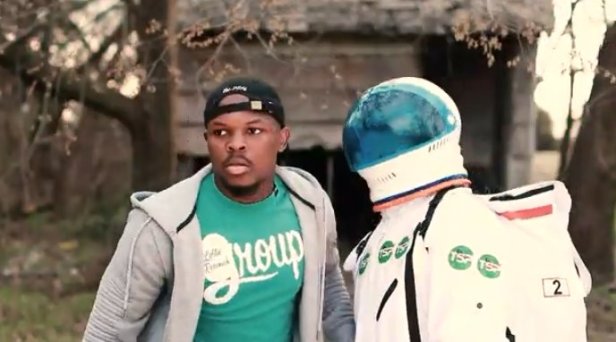 In the first visuals, for “Curriculum of The Mind”, we see Day’Quann dealing with the mental frustrations of being a black male college student in a predominantly white institution, and after a defeating experience with the school dean, he puts on his headphones vibes out to the music of the Space Program Collective to unwind, drifts off to sleep and hence we meet “Space Man” for the very first time in somewhat of a dream. Throughout the visuals Day’Quann, curiously chases “Space Man” around a college campus, and once the song and lyricism dies down at the end of the video, he finds himself being led to and then being carried off in a spaceship with “Space Man”.

Segue to The Space Program Collective’s latest visuals and we find that Day”Quann and “Space Man” have landed back on earth. Specifically, they’ve landed in Jones, OK an historically black town in Oklahoma – the time period 1831 and the resident town folks can be seen working, but not for any one “master” but, doing for self. In the visuals, Day’Quann witnesses an outside church sermon in the new town he’s landed in and is then welcomed to the community and also informed, to his surprise, that his arrival has been expected and told “knowledge makes a man unfit to be a slave” (Frederick Douglass). Hence, you have the combination of the two songs, the poetic “Colored People Time” by Poet Mac Woods (which can be heard first as part of the church sermon) and also “So Independent’ which features the superb rhyme skills and lyricism of Jacobi Ryan, Beety, and Deezy, which serves as Day’Quann’s curriculum of higher learning as it pertains to his blackness and self-awareness. There is really so much to absorb in this video (but I need y’all to experience it for yourself). It took me almost two days to take it all in, which included a brief online chat with TSP member Jacobi Ryan, which prompted me to revisit the The Space Program Collective’s website to get reacquainted with their purpose and mission, and finally completing this lengthy post – and I wouldn’t have written it any other way. When I first heard about the project I knew it was going to be heavy. And, the same can be said about the new visuals which makes you miss the times when the messages about our blackness in music could really make an impact and not get lost in the whirlwind of technology.
Yep, we can already see that The Space Program Collective is just getting started with building their “curriculum” with innovative dope visuals and socially conscious music. However, the real work will continue as The Space Program is being developed into a hybrid record label/non-profit whereas the non-profit side is where the curriculum will move forward with teaching via financial workshops, counseling, entrepreneurship, etc. And in case you are wondering, yes The Space Program Collective is definitely influenced by A Tribe Called Quest’s final video and concept “The Space Program” (“there ain’t no Space Program for niggas”). You can find more about that connection from the Commander of TSPC himself, Dr. View, in his informative video about their mission and goals in his Q & A video on the collective’s website. And, I have to say Dr. View did his thing production wise as he brilliantly combined the sounds of hip hop and negro spirituals on this track, which kept me thoroughly engaged. Okay, time for y’all to enjoy this ride because it means somethin’ and don’t forget to cop the album also and make it mean somethin’!

Join 216 other followers
Follow The Greener Side of Hip Hop on WordPress.com