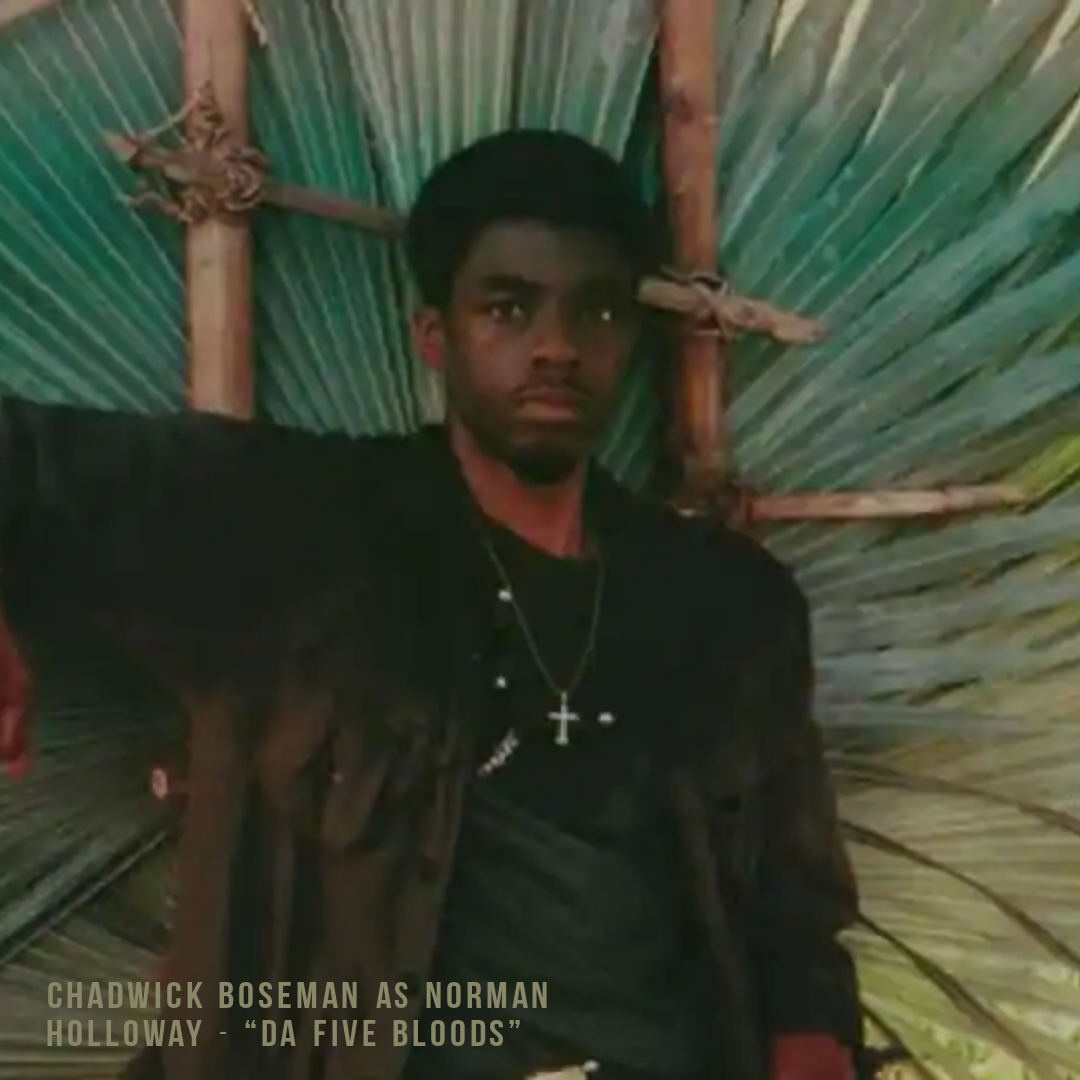 “The struggles along the way are only meant to shape you for your purpose.” – Chadwick Boseman

In this audio/video edit tribute to the late actor Chadwick Boseman, hip hop artist Gone Wallace, mashes up a video edit featuring Chadwick’s character Norman Holloway from one of his last films, the Spike Lee directed, “Da Five Bloods” with two tracks from his “GXNE Forever” (DELUXE) album, “Be Somebody” and “Space Ghost 2”. I saw a snippet of this video the other night when Gone Wallace posted it on Instagram, and it reminding me of the day I decided to watch “Da Five Bloods” during one of my Netflix, Chill, and Work From Home days. I, probably like many others, repeatedly rewound the scene where Chadwick’s character (in spirit) confronts Delroy Lindo’s character Paul who has constantly battled the traumatizing effects of serving in the Vietnam war. Coupled with his PTSD, fans of the movie found out Paul was also hiding a “secret guilt” that he carried and hid from his Vietnam comrades (Otis, Melvin, and Eddie) for years that ate away at his conscience. He was actually ducking and dodging from his late comrade Norm. And, with one simple act of forgiveness which almost felt like the precipice of a hostile confrontation, (“I’ve been waiting on you.”) Chadwick’s character Norm releases Paul from some of his demons in the gripping scene with one of the highest acts of love with such firmness and compassion that the scene reminds us all exactly why we have an emotional heart and why it is so important to exercise and express endearment and not be selfish about it. I asked Gone Wallace why he chose to use the two songs from “GXNE Forever” in this audio/visual mashup edit to honor Chadwick Boseman and here is what he had to say:

“…for the “Be Somebody” track I really related to the Lil Wayne clip in the beginning and how it tells you to stay true to yourself and I feel like Chadwick personified that. He’s always chosen roles that moved the Black culture forward and was a hero to me in his short time here. He showed everyone like us that we could be heroes from his role as James Brown to Jackie Robinson to T’challa – he always wanted to provide a positive representation of what a black man is which is much needed and underexposed. For “Space Ghost 2″ I wanted to show the celebration aspect, what his life meant to us. Even though it’s a sad occasion we should celebrate all of the important work he did when he was here.” – Gone Wallace

Our condolences to the family of a man who truly left a legacy for us not just to honor but, as we now know Chadwick Boseman’s legacy will help define what it means to shape our own limitless possibilities. Start now. Start again. But just start. Rest in Power King.